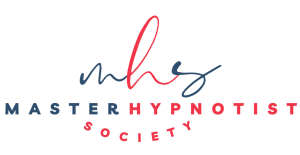 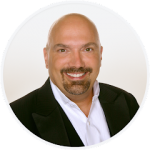 Selection from the book I am working on entitled “How Unconscious Strategies Are Born”.

Did anything disrupt your relationship with the authority figures in your life growing up?  Did you end up taking care of them instead of them taking care of you?  Did you lose one or both of them?  Was there an addiction issue?  Did they fight so much that their attention was elsewhere?  Did someone have a serious health problem that took all the attention?  Was a sibling reacting in a way that upstaged the adults?  Did someone who was supposed to teach you as a child simply turn out to not be who you thought they were supposed to be?

All of these possible reasons inhibit your relationship with the concept of authority.  It changes your personal accountability.  It makes you more afraid of blame because you simply don’t know which things are others fault and which things are yours in the same way you would know if you had safe support.

That means that you want to get good at noticing your own behavior while being nice to you.  You want a strategy inside that feels safe when determining when you have not been authentic and when you are authentic.  It means you really want to notice how your mind was focused on how the situation was letting you down rather than your accountability to the situation or to others at key times under 18.

So if you were over it it would feel totally safe to change behavior, totally safe to level with yourself while liking yourself.  You would be able to succeed and love and deal with change without the anxiety caused by being put in charge of yourself too young… Imagine that you will feel that safe inside and get the whole thing to work great… What would that be like now???

There is a subconscious strategy that is formed when we attempt to go from dependent as a child or teen to independent.  If there is a disruption in that process, then we develop a coping strategy that is a bit different than it would have been without the disruption.  In adulthood, you want to choose to practice a strategy that fits the way you want the future to go, that would be rather than the reactions to a situation that isn’t repeating itself, but can feel like it is.

When Dr. Barnett wrote the Crimes of the Mind concept in Unlock Your Mind and Be Free he was covering this type of thing.  Another issue is that since you are processing inside during that young time and nobody really knows what you are thinking, you are able to keep a track of reactions that isn’t really checked by the sensing of the outside world or adult feedback.  When you start to keep a secret your parents do not know about when you are a child, at that point is when you really believe that nobody really understands you.  That is because the people around you are missing the real information and you really believe if they knew you would not be accepted.

Because so many people go through this type of thing they feel like a fraud, they can’t admit certain things like where they need assistance, what is going on with money, sexuality, self awareness.

Leveling from the Satir model is the realization that if you grew up in the way I am describing you didn’t want to focus on you because you already falsely believed something happened that made you no longer OK in the eyes of the world.

Getting yourself to self acceptance and moving forward is the magic that makes all the difference.  Knowing you have nothing to prove.  Knowing you were born the exact person you are supposed to be.  Knowing you can reframe the time in life we are talking about and use that stability to have things go differently and much safer that before.  It can be amazing to know when you are and are not in charge and love it. 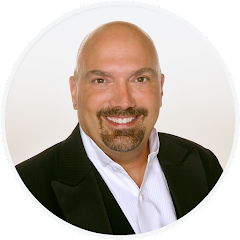 Building a network of referring physicians and mental health professionals. He studied eastern philosophy and martial arts all while touring as a speaker and running the clinics. You may find the experimentation and elimination of fluff from techniques and theories quite useful in your training in hypnosis or NLP with MHS. Learn more about Scott here.